So, with front-end pretty much designed right, we now move to backend design for our per-paragraph commenting app and we will work with Django

So it finally begins. Here, we now dive into the backend, having our front end fairly finished. What I would like to do though, since I've been reading and learning about this TDD (Test Driven Development) approach, is that we do one step at a time, and also follow the test driven approach to make this app. Okay?

So, in this post, we would do some groundwork by setting up the backend app prerequisites and indulge in some design blabber.

Just as a reminder, we had seen what all data we'll like to pull from the backend for each annotation. It looked like:

We could straightaway use this as a basis of our app. But first, the preliminaries - In its inception, I designed this app to be fairly modular and independent. I even experimented with 'on the fly' magic, where one doesn't have to tell the other app about this app at all, and it would still work. But it didn't quite happen.

There are a few reasons, or rather limitations which I don't know how to circumvent for now. Salient ones are:

So, if you can see why I was not able to make a completely independent module, I can purport that it is a loosely coupled app. Whenever you are ready, we can dive into developing it backend.

'Test first, Code later' - That's what TDD philosophy is. Make a test (which will fail), then write the minimal amount of code which will cause the test to pass, next test, repeat. Let's see how well can I do it.

In this tutorial, we'll set up an environment and get our packages.

We'd like to add that --no-site-packages so that our virtual environment does not load any globally installed libraries. Why? Because that will ensure that I am tracking my dependent modules in my requirements.txt file well.

In case you don't have it installed, you can install it using

To install ' pip ', get the latest get_pip.py script. Note that I am working on a Linux machine, and you might need to google a lot if your's is not a *nix family OS.

NOTE: installing pillow seems to cause installation problems on many systems. For that, try the following:

as suggested on this linkseems to fix it on one of my systems.

Thereafter, we configure our Django in our virtual environment:

This should create a project directory structure resembling this:

In the settings.py , setup the blogging app and its prerequisites, and finally our annotations app:

With this done, we can start writing our first test, fail and and then move ahead. Since we are sitting on top of a page, we assume that most of the rendering of content is in place. We will not be testing other apps in this tutorial, but just our annotation app.

So, lets see if we can get our app to resolve in our first test case.

Oh, we haven't added the url pattern. Add it in demo/urls.py :

Note that we must have the blogging app set up properly, which means a url for that in the urls.py . So if you haven't, add it now:

Oh, yes, we haven't made a URL router for our app yet. Do we need it? Usually we will need a urls.py file in our app if there are more URL patterns that we want to deduce, that is, there is more hierarchy in our app. In our current case, what do we expect?

There will be either GET or a POST request. using the GET request, we can get all the annotations for some content, and with POST , we can add new annotations for the particular post. This means that we don't really need it.

Thus, we can change our code by directly calling the view of our app.

New error, telling us that we haven't yet created a view. Let us begin with a dummy:

In views.py of annotations:

Running the tests passes the result.

Next test, the function returned and what we expect must be the same:

This too shall pass, meaning that we are indeed returning the desired function. Let us think of the next step now. What would the user find if he simply visited the /annotations/ page? Above all, should he visit the annotations page at all, or should it be like magic?

So, here is what the app must do:

Looking at this list above, no-where do we find any reason that the base page url must yield anything without a GET request, or a POST request. Also, since this would work behind the scenes, we don't expect users to be directly using these URLs, but via Ajax calls only. It seems a better thing to me to have a single URL where we can filter out the request by GET parameters or POST parameters. Except for the updation of annotations, where it would be better if we know what annotations are we updating. So, for that one case, a URL scheme is justified.

For now, we'll build up from 'no-ajax' to 'Ajax' to 'Ajax-via REST', and develop accordingly.

So, let us first create a few blogging articles, I'll do this with their fixtures (which comes bundled with the package).

We'll do a manual test to see if they have been created by starting the server. [We could have used selenium for that, but it is a small test. We'll not bring the big guns for now]. Hmm, everything seems to load, but I can't see any images. I had encountered this problem fairly recently, so I know what is wrong. The development server is not serving up static files. Why? Because we haven't told it to. How do we tell it to? By adding a rule in the urls.py .

Restarting the server (it autorestarts, by the way), and lo! the images now load as desired. Let us also have a look at the markup of an article (does it contain unique IDs?). It does! Great! Also, we have already done the formating of the front end. So, why not hook it up here directly?

We need to load our script. Let us just load it on every page for now (since it is easy to hack into the demo site's base html rather than every other app's templates.) Our previous tutorial's scripts and CSS will be used. It seems good practice to me to bundle the static files along with the app. So, let us make the static folder in our annotation app and put the JS and CSS files in there.

So, now, annotations app folder structure looks like this:

Start the server, see if it looks good? It does, mostly. Good enough to go ahead for now, in my case (Screenshot below). Now, back to design. But in the next tutorial! 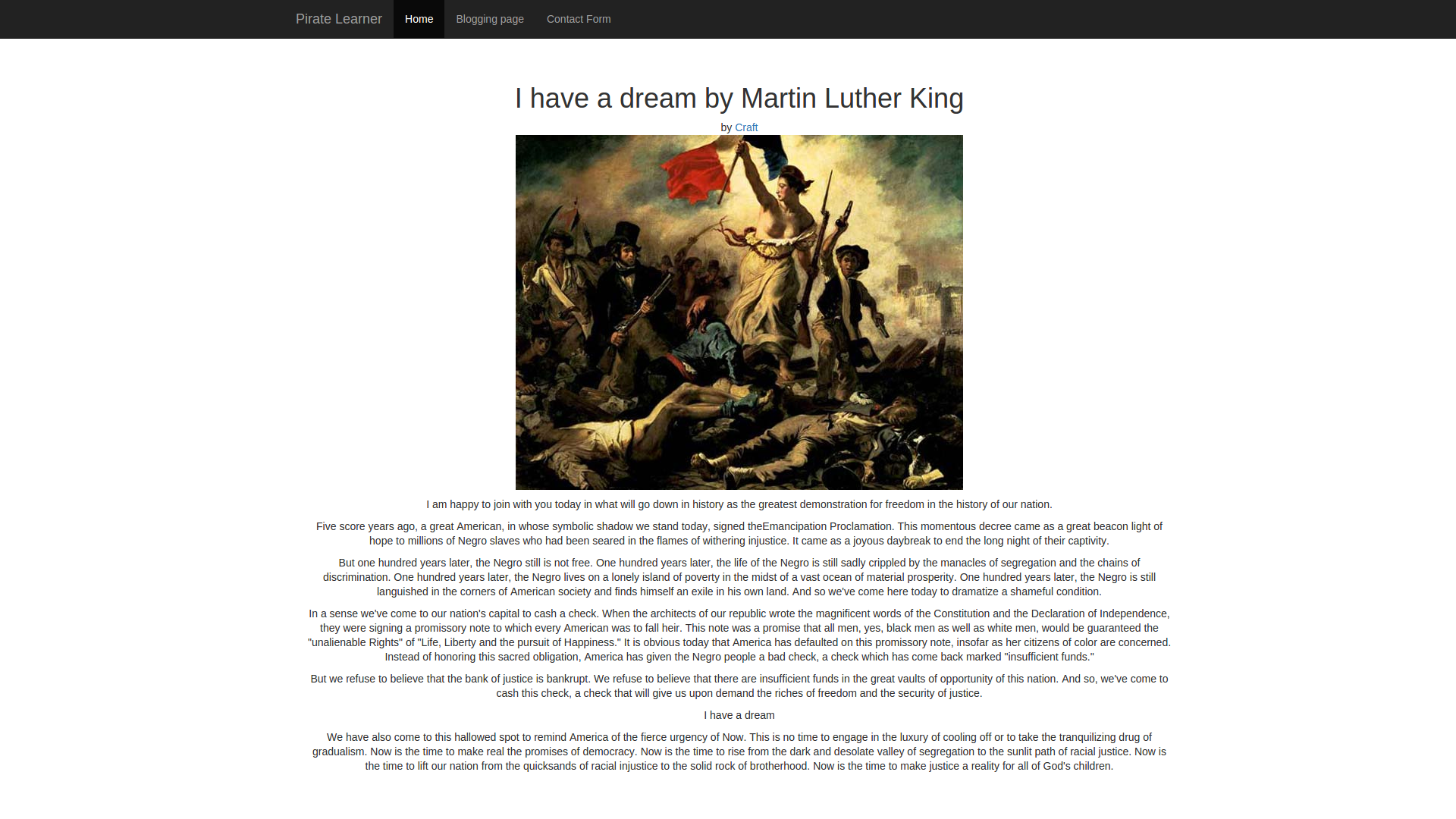