In the TRIVIAL SORTING ALGORITHM series, we have seen some sorting algorithms that solve the problem of sorting for the given constraints. We found our solution by analysing Selection sort, Insertion Sort and Shell sort. But what if we didn't have those constraints? What if we had access to sufficient amount of RAM and stack space? In such cases, should we stick to our solution from the first series i.e. shell sort? or move ahead to find a new solution that can give us better performance even if the sample size is very large? 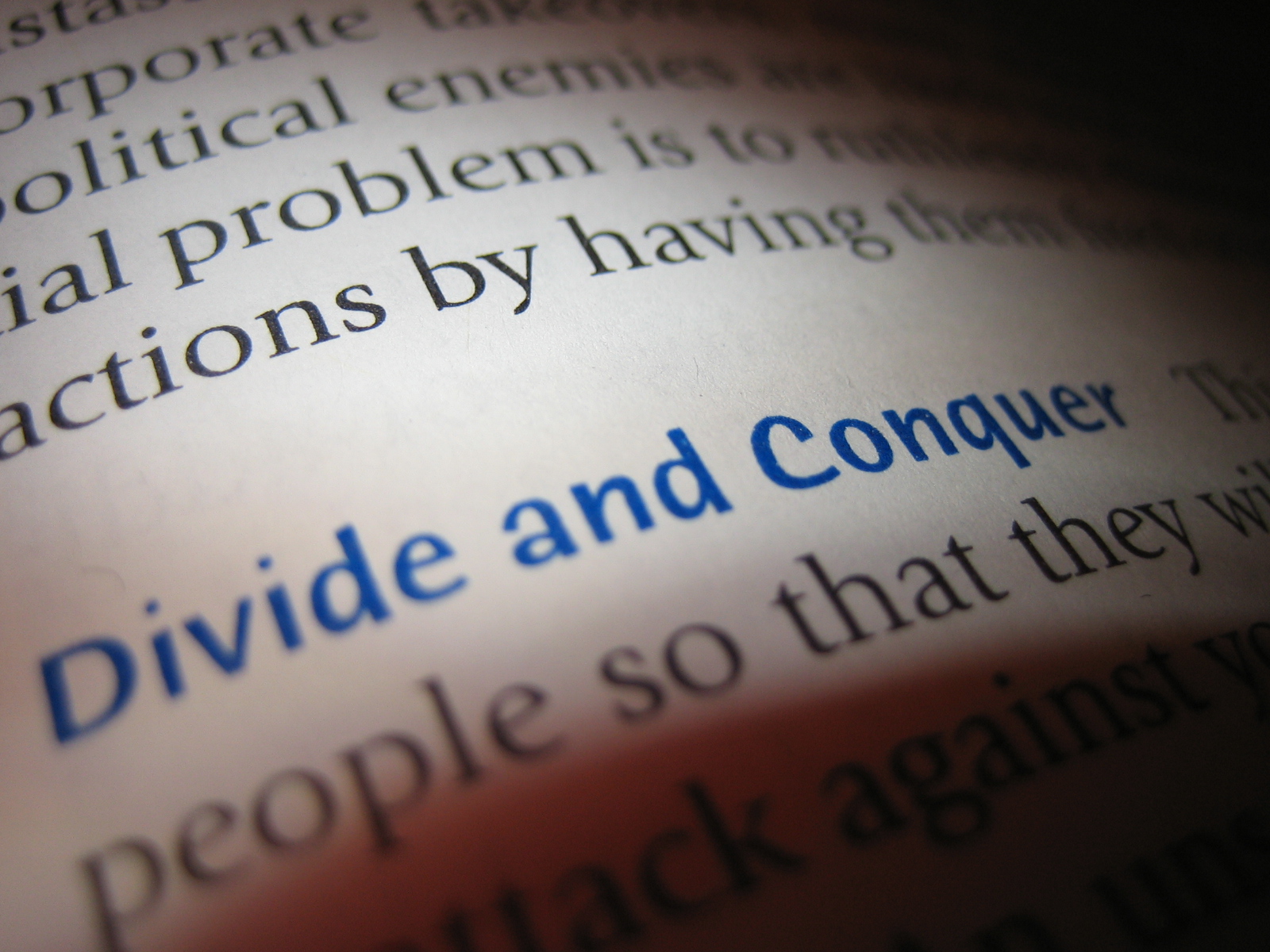 To find an answer to this question, in this series, we will examine an algorithm paradigm called 'Divide and Conquer' (also called TOP-DOWN approach) that enables us to solve many complex problems efficiently; in this case, the sorting problem. First of all, what is 'Divide and Conquer' (D&C)? It surely sounds like some war or a political tactic! It does take its basic idea from the same realms, but in the programming environment, we define it as follows:

So Divide and Conquer has the following three simple steps:
1. Divide the problem into sub-problems.
2. Solve the each of the sub-problems recursively.
3. Combine the results of each sub-problem in some logical way to form the overall solution.

So, in the coming tutorials, we would examine the Merge sort and Quick Sort to see how they use divide and conquer, and analyse their behaviour, performance, pros and cons to solve our sorting problem. We would also see Binary search; though it has nothing to do with sorting, it is a very important technique for finding any element and exhibits the power of divide and conquer.